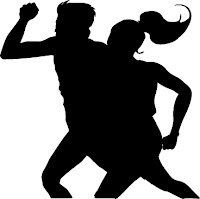 "You can never get ahead of anyone, if you're always trying to get even"
A friend of mine has an ex who is going through all kinds of extremes to get revenge. Sometimes people will do anything to get a little payback.

People will lie, make false claims in court, destroy property, try to sleep with their ex to ruin the ex's current relationship, keep a man from his children, spread rumors, post blogs on Myspace about a person, or post pics of them online and use various other methods to get revenge...I know people that have done some of these things. When someone does you wrong, retaliation just seems like a good idea. 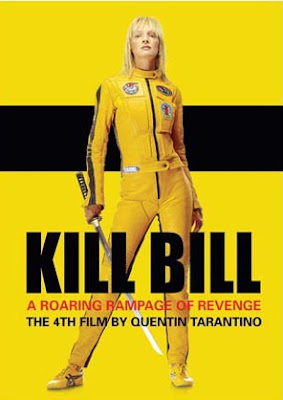 The Bride's personal vendetta in the movie "Kill Bill" displayed revenge in the most glorifying way that I've ever seen it displayed. She goes on a revenge fueled quest to kill every member of an assassination team that betrayed her. The end of volume two is the best part. She kills Bill and unites with her daughter. It's beautiful, but it's a movie. In real life, there's this thing called Karma.

Karma is that little thing that comes back to bite us in the ass when we do something wrong. Like bad seeds we've sown, it always reaps it's little head.

Karma Definition: the force generated by a person's actions held in Hinduism and Buddhism to perpetuate transmigration and in its ethical consequences to determine the nature of the person's next existence
Law of Karma: All living creatures are responsible for their karma. The concept of karma was first developed in India by non-Aryan people whose spiritual ideas greatly influenced later Indian religious thought. Buddhism and Jainism are continuations of this tradition. Basically, what one does in the past affects one's future: performing good deeds will result in good effects and performing bad deeds will result in bad effects.

In Alicia Keys' song titled Karma, she appropriately sings, "What goes around comes around. What goes up must come down."
I can't lie and say that I've never sought revenge. But I can say that it's just not the right way to go. It doesn't solve anything and you end up engaging in a game of tit for tat that could last for a long time. Possibly, until one person decides they have to be the mature one. Revenge, or making your own Karma, is just not a good idea.
As my friend goes through a very difficult divorce period, I would just like to remind that person, of some saying that our parents told us and that we pass down to our children:
You reap what you sow
Treat others the way you want to be treated
Forgive and forget
Misery Loves Company
I know it's hard, but everything will work out.