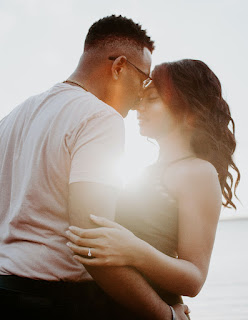 A few months ago, I posted a question on Facebook and Instagram,
What do men want?
Let's take a look at the answers I received:
Traditional answers: The first two responses that I received are listed below. I've heard this from a lot of men over the years, so I don't think it's anything new or surprising. These men want to lead their family and they want a woman who allows them to do that. If you ask Google, 'Should a man lead the relationship?' it will tell you, "a man's role in a relationship is to lead." Then it will list a bunch of articles about why men should lead the relationship and why you should let them. I guess it's only natural that men want to lead because society teaches us that this is the way a relationship is run. I'm not saying it's wrong, I'm just making the point that men want to lead because that's what they've been taught. Likewise, many women prefer that the man leads the relationship because that is what we've been taught as well. We have all been conditioned to function this way, so I think these first two answers are pretty common and predictable. However, they are also real desires of men and should not be overlooked.

The next answer is similar to the first two, but the focus is different. This gentleman is saying he wants to, "provide for his family financially and emotionally," and be an all around good leader. I thought this was a much better answer because when it comes to being a leader, he's putting the onus on himself. His answer focuses on what he needs to do for his family in order to be a good leader, rather than what he wants from a woman. The fact that he included providing for his family emotionally says a lot. Part of being a good leader, in any aspect, is to nurture and empower the people you're leading so they can develop and grow.

Emotional Responses: Most of what is said in the next few answers could be desired by both men and women. We all want to be loved and wanted. We want kindness and honesty. Character and compatability are important to both men and women. Trust is important to pretty much everyone. I think these answers remind us that men want love as badly as women do. They want friendship, companionship, and chemistry, the same as we do. 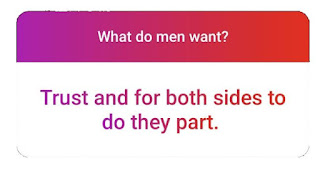 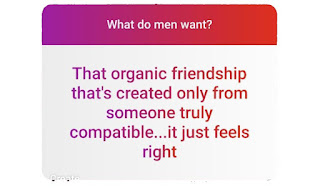 Straight talk: The next three answers are from men over 50. These answers are basically telling me that I'm not going to get a single answer to what all men want because all men are different. Different people want different things, and the things we want change at different stages of our lives. There is no magic answer. You don't know what a person wants until you get to know them. Communication is key and remember, it's not all about what he wants. What do you want? 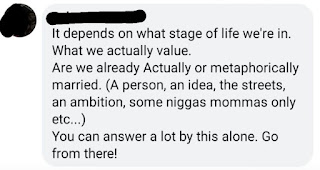 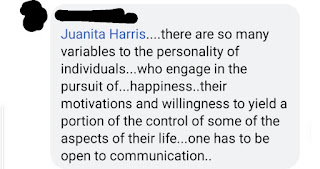 Conclusion: I think one of the biggest things we can take from this activity is that we all just want to be loved. While what is required for us to feel love differs based on our experiences and lifestyles, men and women have similar needs when it comes to companionship. There is a ton of information and research on this topic. One study that I found particularly interesting was completed by The University of Iowa. This study was conducted from 1939 to 2008. Every decade between 1939 and 2008, they selected participants from the University of Iowa, the University of Washington, the University of Virginia, and Penn State University to take part. Participants were asked to rank a list of 18 characteristics they would want in a partner on a scale ranging from "irrelevant" to "essential." The most recent study revealed that both men and women ranked the the same three things as the most essential in a partner: mutual attraction and love, dependable character, and emotional stability.  While much of the remaining answers differed, both men and women also listed 'education & intelligence' and 'ambition' as important characteristics. Its refreshing to know that when you get to the bottom of it, men and women are kind of looking for the same characteristics in a partner. Now, where it starts to differ is when that third important characteristics is selected. Men chose 'good looks' while women chose a 'desire for home and children.' The following shows the remaining answers to the study: 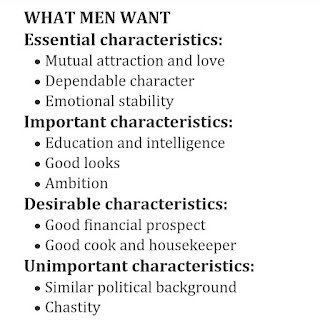 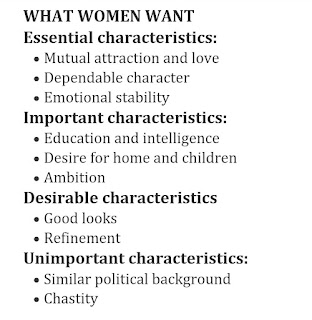