The 10 Biggest Signs that He's Just Not Into You 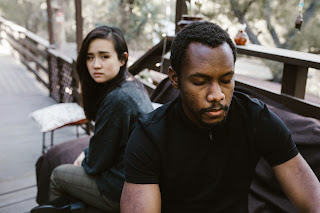 Are you confused about his intentions? How do you know if he's filling time with you or taking you seriously?
There are a number of signs that will let you know if he plans to take things further, or if he's not.
Here are 10 signs to give you a hint:
1. He's inconsistent - If he's not seeing you regularly or there is limited conversation, then he's not really interested in you. Inconsistency with his dates or attention shows a lack of interest.
2. He doesn't like labels - This is want guys tell you when they don't want you to be there girlfriend. Trust me, when he finds the one he wants, he will put a label on it.
3. He hasn't discussed exclusivity - If he hasn't ever brought up monogomy he's not into you. I man who is into you, is not going to want to share you and he'll discuss being exclusive.
4. He told you he doesn't want anything serious - He means with you.
5. He doesn't laugh at your jokes - Someone who is into you usually wants to understands your sense of humor and will laugh at your jokes. If he doesn't get your jokes it's because he's not paying attention which means he doesn't care.
6. You aren't friends on social media - Adding someone you're interested in to your social media today is like security and the thing you do after exchanging numbers. Usually if he's into you he will add you on his social media and he'll want to be added on yours.
7. He hasn't given you a nickname - Think about it. No boyfriend calls his girlfriend by her first name. Many don't even call her by the name everyone else calls her by. Every guy I've ever been serious with has given me a nickname that no one else calls me or they called me something affectionate like: baby, boo, or lovie.
8. You feel like you’re in the friend zone - If you feel like you're in the friend zone, you probably are. If he friend zoned you, then he's not interested in anything serious with you.
9. He hasn't introduced you to family - If a guy is really into you, he's going to want you to meet the people closest to him. If he hasn't introduced you to his family he might not be that into you.
10. It's not obvious - You will know when someone is into you. You will not be confused because he'll make it known. If you are confused, something isn't right.