Children have enjoyed playing Super Mario Brothers on the Gameboy, DS, Super Nintendo, GameCube, Nintendo 64 and Wii. When I was a kid, we played Mario on this: 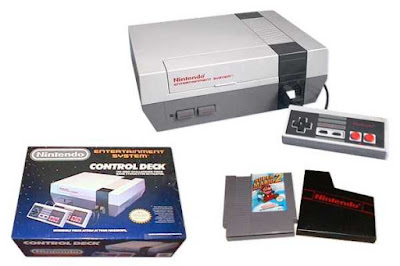 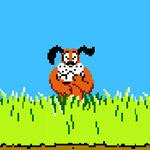 Duck Hunt was one of my favorite games. It was a simple game, just shoot the ducks. The dog laughs at you when you lose and then you try again.

On ScrewAttack.com, BillyTheGardenGnome lists the laughing dog (shown above) as number 12 in his article titled, "Top 50 Useless Video Game Characters of All Time: 25-11." I disagree. If he wasn't there, who would hold the ducks up by their necks when you win??? 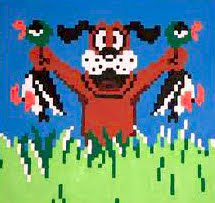 Check out this Fun House below. It was built as a tribute to Nintendo 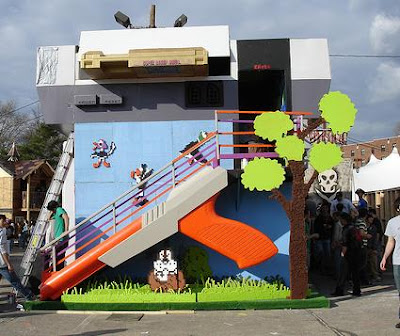