Why is he Hiding You? 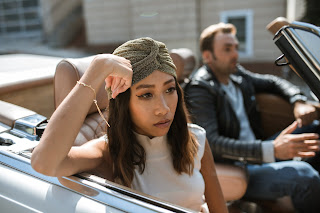 So you've been seeing this really great guy. You have the same sense of humor. You have a lot in common. You enjoy being around him and you're together all the time. He even calls you baby and gives you kisses on your forehead. Only problem is, he hasn't introduced you to his friends or family yet. He doesn't post you on his social media. He rushes you off the phone when he's around other people. Why is he hiding you?
When you ask him he might tell you that he's a private person, that he doesn't like people in his business, or that he's not ready to "go public." This is not a good sign. There is a clear difference between a low-key relationship and keeping you a secret. Any relationship that has to be hidden is a problem.
Here are a few reasons he may be keeping you a secret (and none of them are good).
1. He's married or has another girlfriend
This is the number one reason for a man to keep his relationship with you under wraps. Chances are, he's already tied down to someone else and you are "the other woman." If you think this is the case, confront him about it, and let him go.
2. He doesn't think the relationship will last. He may have already decided that he's not going to take the relationship to another level, or he could be on the fence about it. He hasn't told you yet because he's being selfish. He's probably still having sex with you and he likes it. This may linger on until he meets someone else or you break it off.
3. He wants to end the relationship.
He could actually want to end the relationship, but not know how to tell you. He may not want to hurt your feelings. Instead of telling you outright, he's decided to do things that show the relationship is not progressing. He's hoping you'll take the hint and break up with him so he doesn't have to be the bad guy.
4. He thinks he can do better.
In this case, he is using you to fill a void. He's lonely and you'll do for now. He doesn't really like you. He may even be embarrassed to show you off to his friends and family. There is nothing wrong with you. He just thinks there is someone out there better for him.
5. He's keeping his options open.
He's not telling anyone about the relationship because he wants to appear single to other people. He feels like he can easily move on if he finds someone better and nobody will know. His family won't question it. No one will ask questions about you or try to find out what happened.
If you are in a relationship with a man who wants to keep you a secret I suggest you exit quickly.  This type of relationship has detrimental health effects as you can start to feel inadequate or develop low self-esteem. It's not worth the trouble. He will not change. You are not want he wants. Let him go and the right person will come along and share you with the world.