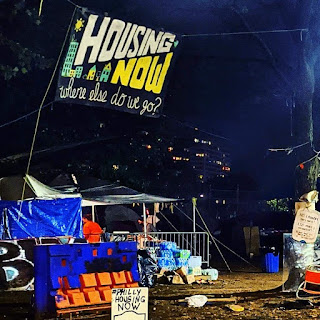 The homeless encampments in center city and north Philly received their final notice from the city this morning. It has been a couple of weeks since the City of Philadelphia won the right to forcefully remove the people who have taken up camp in both locations.

Last night I toured the Center City encampment. They have some ideas about where they will set up once removed however the fear is that no matter where they go, the city will make them leave. There were Uhaul trucks waiting outside of the encampment to transport the campers' tents which were donated or purchased with donated funds. The camp is well organized. They have a kitchen where they provide meals and they ask that everyone mask up. They also provide free masks. The donation booth is easily noticed. The people in the encampment are not bad people. While I was in the encampment I was asked not to video record so out of respect for the people I won't share my video footage or photos of the people. 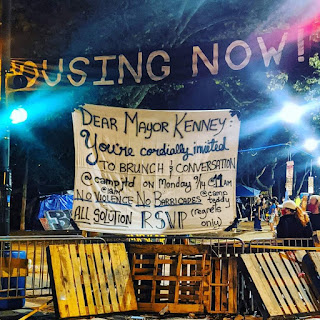 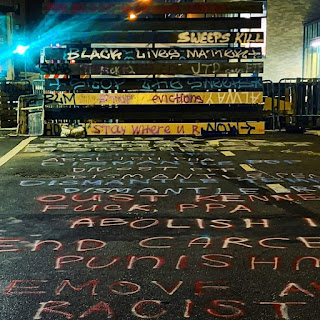 I hope and pray that no one gets hurt. It is going to get cold pretty soon and I just wonder where these people are going to go. What is the City's plan for homelessness?