Merry Christmas everyone! I hope your Christmas Eve was amazing.

I was so exhausted by the end of last night.  I had planned such a fun time, but two of my daughters weren't speaking when we started. Then my mom hurt one of my daughters feelings. Another one was being rude to her sister for no reason. I tried to pull it together with some board games, but one daughter was shut in her room and another left to go upstairs after Clue. 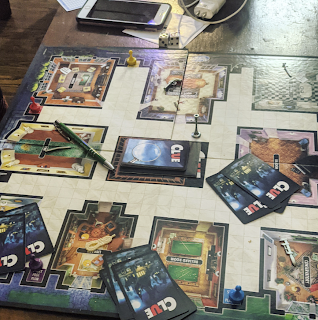 I have three daughters and the third one was so hurt by her sister's rudeness she started crying. My mom was starting to feel a little down after that.  The pizza came around this time and I pulled out my phone for a game of Heads Up! My son sat this one out but I was okay with that because the had participated in everything, (and with good spirits).  Gotta love that kid 💙.  Head Up! was a lot of fun. By the end of the night things were much better, but man! These teenagers / young adults are more work than little children! I'm happy to have had Airiona & Teddra with us for Christmas Eve. I am grateful that by the end of the night I was able to put a smile on everyone's face.

On Christmas Eve I made a Hot Cocoa Board.
I had seen these all over Pinterest and thought it was such a cute idea. 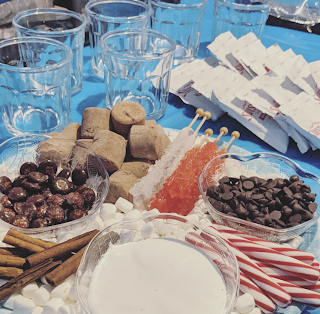 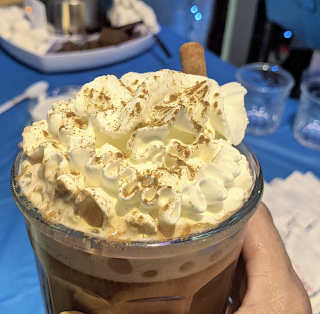 My oldest daughter bought me this indoor S'mores thingy and it was a big hit! 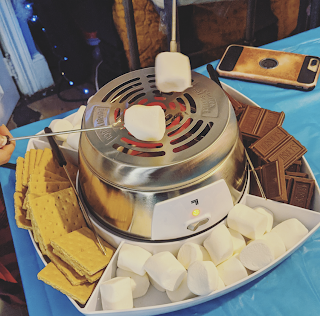 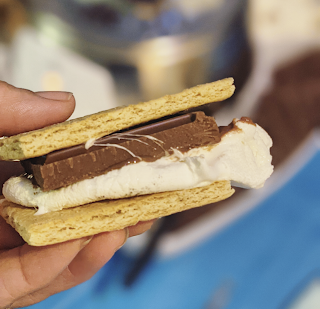 Today I made Grinch pancakes to go with our brunch 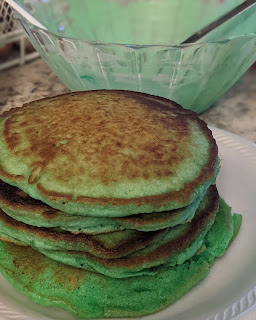 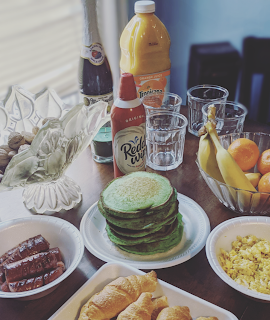 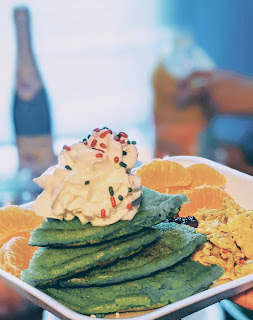