How Hillary Clinton lost the Respect of the People, and the Election

November 11, 2016
A lot of people I know are unhappy with the outcome of this past election.  They're blaming Libertarians, they're blaming the Green Party and they're blaming people who didn't vote.  But the only person they should be blaming is Hillary Clinton. 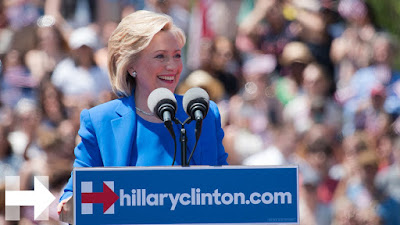 In 2015 when she announced that she would be running for president both my husband and myself were happy supporters.  Hillary offered pretty much the same platform as the candidate before her with less enthusiasm.  And if Bernie Sanders had not run for president then perhaps a self-righteous, typical Democratic politician with no passion would have been fine.  But Bernie Sanders did run.  He ran, and he was passionate.  He was honest.  He made sense.  He refused to fund his campaign through Super PACs.  He brought awareness to Hillary's acceptence of large sums of money for Wall St speeches and pressed for the transcripts.  He was inspiring and it wasn't his campaign he was running; it was our revolution.  Hillary almost lost the nomination.

She did everything she could to win.  She played dirty.  She accepted funds from anywhere.  The DNC, lead by Debbie Wasserman, plotted against Bernie and denied him access to voter database files.  Donna Brazile cheated and gave Clinton the questions that would be asked at the debate.  I even remember her answers changing to sound more like Bernie's at some point, and that was weird.  Nevertheless, she won.  She won, and she learned nothing by almost losing. 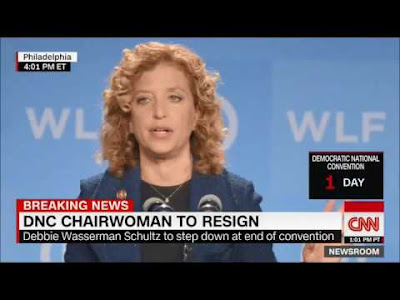 There are a few things Hillary could have done between the nomination and the general election to help secure the presidency.  With the issue of her personal server and emails still lingering, Hillary did not need anything else to make her look corrupt.  Therefore, she should never have hired Debbie Wasserman Schultz for anything having to do with her campaign after she was forced to resign from the DNC.  Another thing she could have done was pick a different Vice President.  If she had ever thought about getting the base excited, she surely would not have chosen Tim Kaine.  When everyone found out about Donna Brazile sending Hillary the debate questions Hillary should have immediately came out and apologized.  She should have given a heartfelt apology to Bernie and his supporters.  At the same time she could have asked for their support and stressed the importance of us banding together.  But she did nothing. 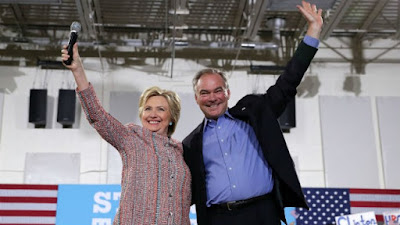 I was not going to vote for Hillary.  She did not inspire me.  It wasn't until this race that I lost respect for her, and so many other Democrats that supported her campaign.  I believe still, that she is into the whole pay-for-play thing. I think she's a liar. BI was affraid that she would be bad for our country.  On the other hand, I did not know if Trump would be any better.  His lack of political experience and prejudiced remarks made me unsure if he would be right for our country.  So I did what I thought was the responsible thing to do; I voted straight Democrat.  As I left I wondered how many people would actually make their way to the polls to vote for a candidate that they are unsure about. Now I know.