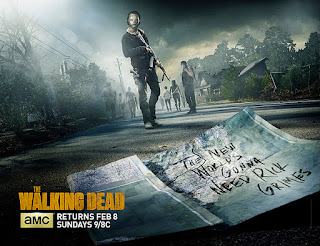 I am up, because I had to wait to watch Talking Dead. AMC decided to air Bad Lands in between The Walking Dead and Talking Dead. That makes no sense.

I watched part of Bad Lands, then I turned the channel until Talking Dead came on. Now I won't be going to sleep until midnight.

Okay so, big news: TWD has a new emoji :-) Just hash tag The Walking Dead on Twitter and it will appear.