March 02, 2015
On February 28th we took a trip to my husband's hometown of Orangeburg, South Carolina. Before we got there, we stopped at Waffle House in North Carolina. It was the first time that I ever went to a Waffle House. The staff was friendly and service was good. The food was excellent. My daughter had a Peanut Butter Waffle, which I had never heard of, but it was delicious. 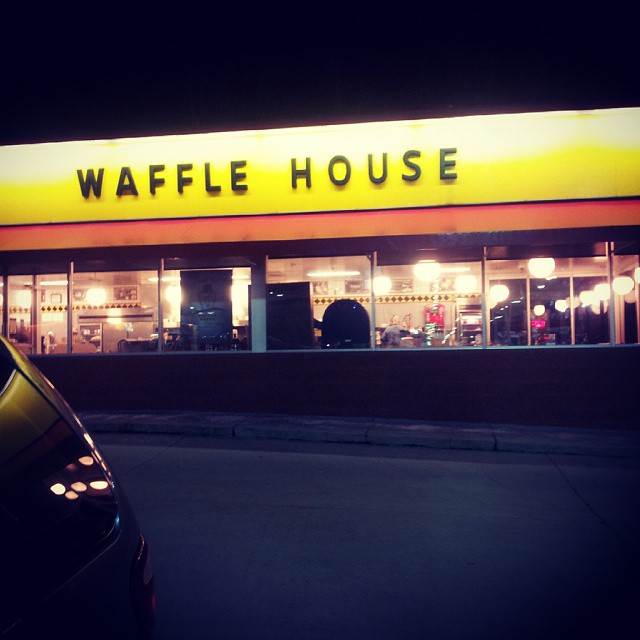 Once we got to South Carolina, we stopped at South of the Border. It was raining so we didn't stay too long. 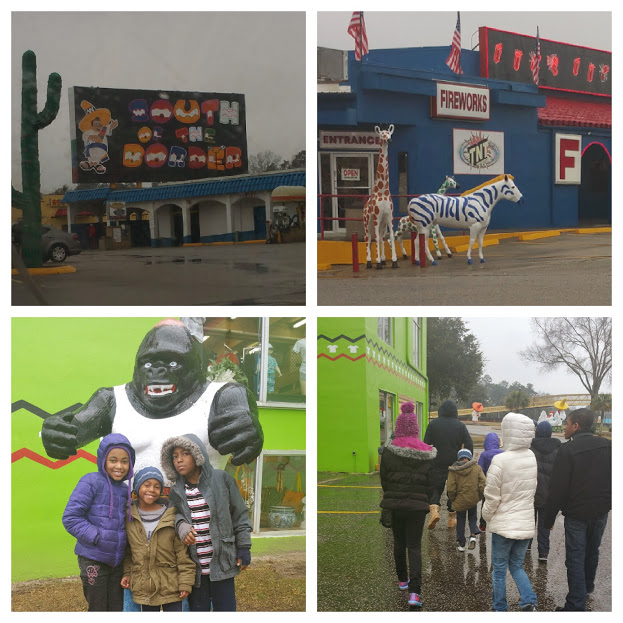 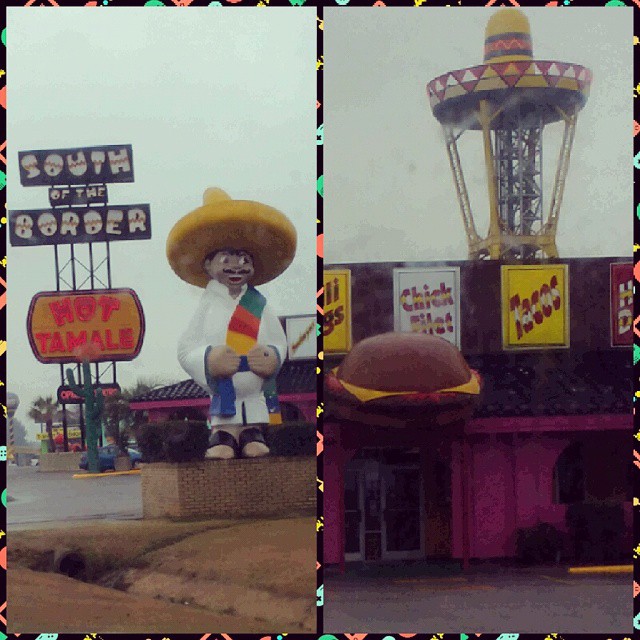 In Orangeburg, there were Palm Trees all down the main street. The weather was beautiful. It was a nice break from the cold weather in Philly.
The first person we visited was my husband's best friend. He gave us some apple flavored Moonshine. 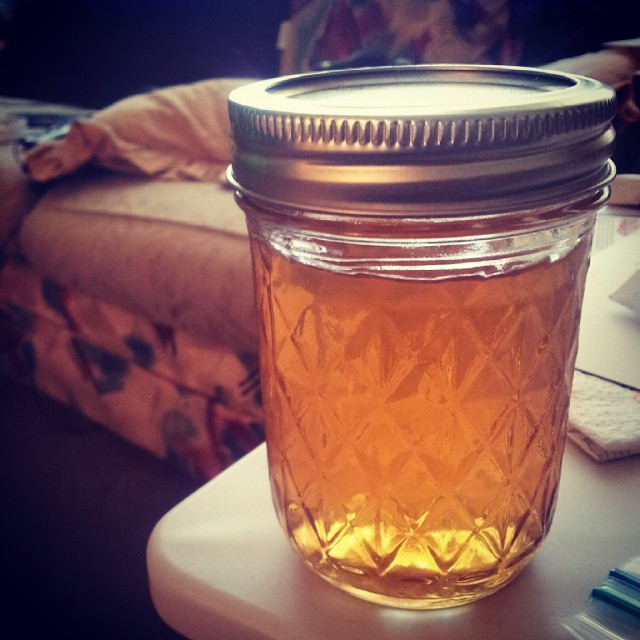 We passed Captain D's. I haven't been there since I was a kid. There's no Captain D's in Philly. 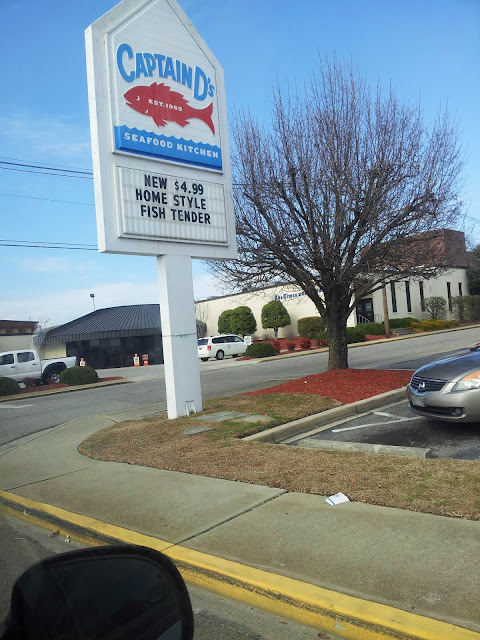 We did stop at Orange Mall to look around. It's rather small, but so is the town. 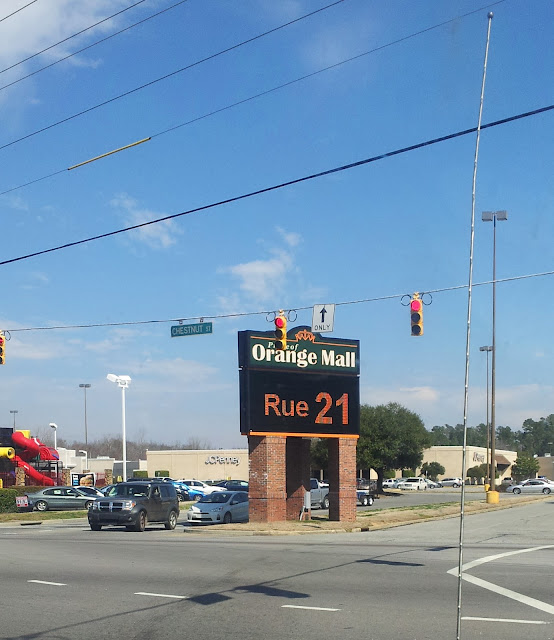 After we checked in at my in-laws house. The girls played a game of basketball. 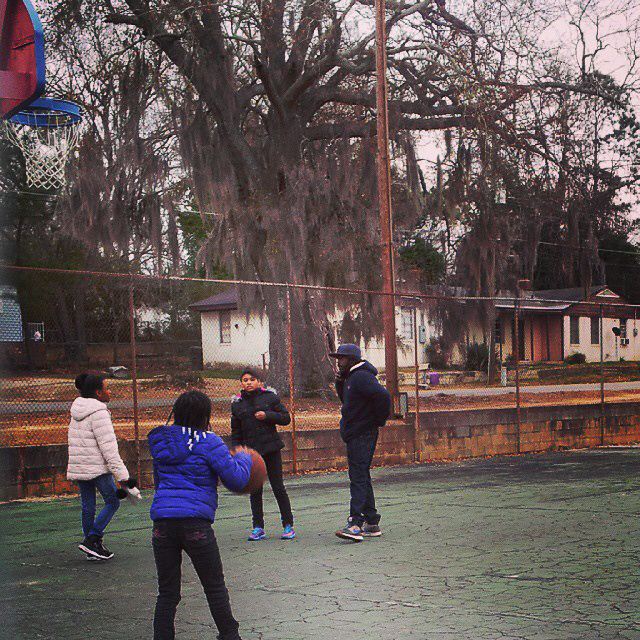 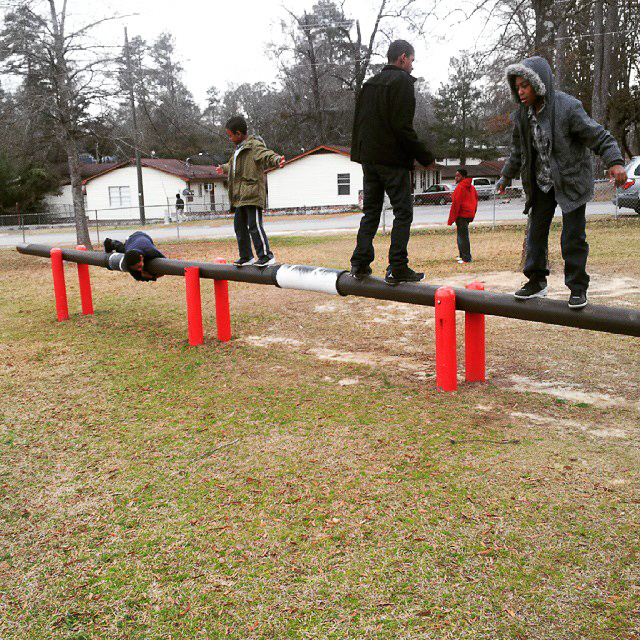 Later on we tried to go to Apple Bees for Dinner. The wait took forever. Then, they put so many people in front of us that I was getting irritated. So, we left and went to Ryan's. Which is a buffet. I enjoyed that much more than Apple Bees. I can eat Apple Bees in Philly. I don't even get why like, everyone in town was lined up at Apple Bees, when the Buffet was right next to it. The buffet is all you can eat. 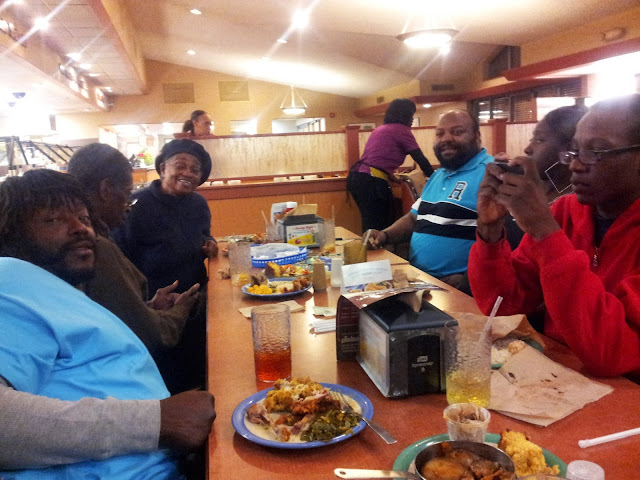 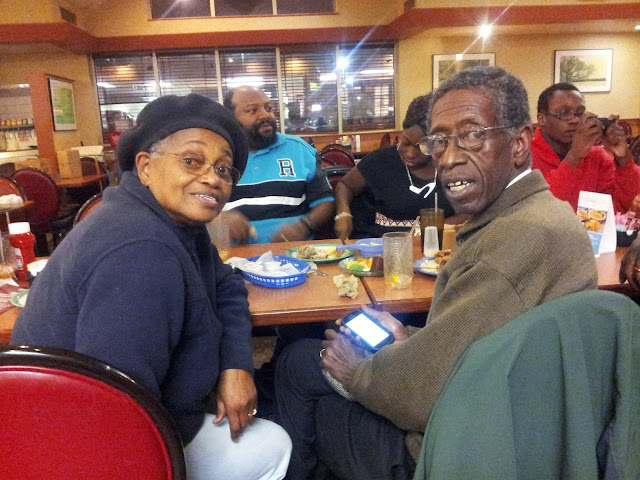 On the way back we picked up this stuff called Country Pudding. I didn't eat it until I got home. I'd never had it before. It tastes like spicy scrapple with rice in it. That's the best way to describe it. If you don't know what scrapple tastes like, I really don't know how to explain it, but it's good. 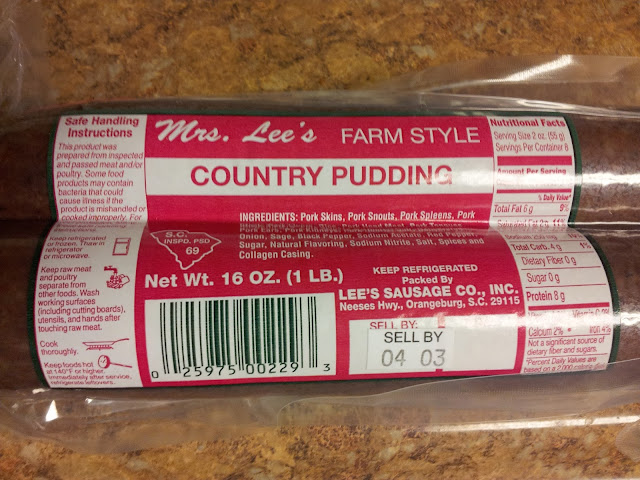 This was a short trip, and we didn't really get to tour the town. My husband had to handle some family business over that weekend. I do plan to visit again, and maybe on the next trip stop in Columbia.

On the way back, there was a Cracker Barrel in North Carolina that we went to. The service was great there too. I have to just say that the North Carolina waitresses that we had at both Waffle House and Cracker Barrel were so good at their job that they defined the words, "Southern Hospitality," (for me).