August 11, 2009
The Edgar Allan Poe House is a National Historical Site located on 532 North Seventh Street in Philadelphia.  This is right off of 7th & Spring Garden. Admission is free.  I visited the Edgar Allan Poe house when they had the Grand Re-Opening on January of 2009. 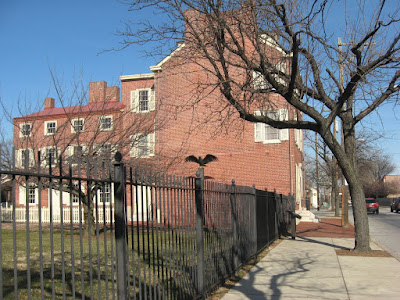 If you don't know who Edgar Allan Poe is, Google him. Haha! Just kidding.  Edgar Allan Poe was a poet, writer & critic. He lived in the 1800s & this house was his home during his time in Philadelphia.  Poe was one of the first (well-known) Americans to try and live off of writing alone.  You know, like make a career out of it. "The Raven" is one of Poe's most famous poems and has become a favorite to many people including myself.  Outside of the Poe House there is a Raven statue (shown below). 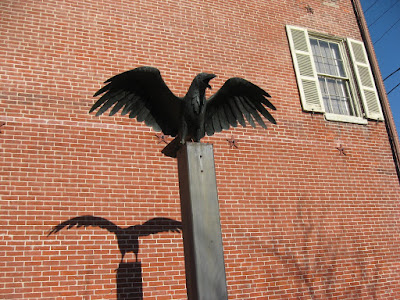 It is believed that Edgar lived in this house at around Age 23.  I was told that this entrance on the side of the house, was actually the main entrance back then. 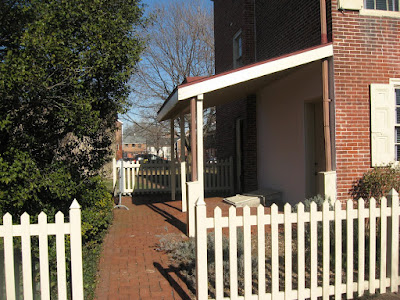 When Poe lived in Philadelphia, he lived with his wife, Virginia, and his mother-in-law, Maria. When Poe married Virginia she was only 13 years old, and she was also his cousin.  Poe was deeply in love with Virginia & it is said that her traggic death inspired some of his writing.  Sadely, she died at age 24.  The image below is of her old bedroom. 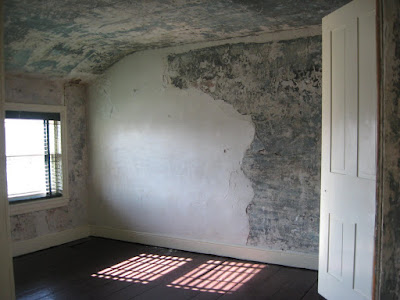 The following image, is of the kitchen. At the time that I visited, I was told they were going to be adding more displays to the kitchen. They were still working on a few things in the house. 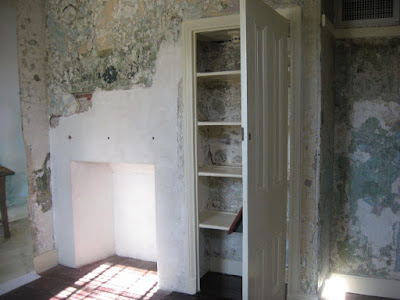 This is the reading room at the Poe Historical Site and it is based on Poe's essay "The Philosophy of Furniture." 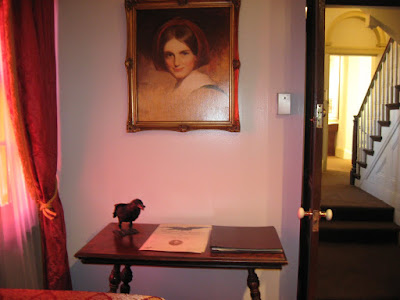 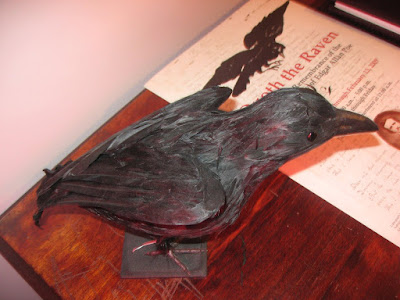 when you first enter the Hisrotical site there is a welcome area and gift shop. 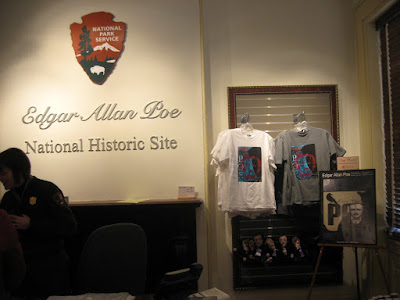 They also have some minor exhibits and a screening room where they play a short film during the tour. 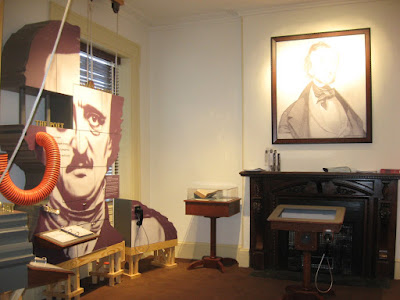 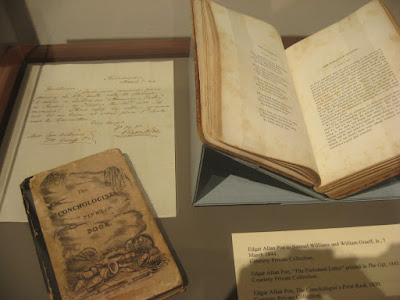 My favorite part of the entire tour, was seeing the basement. It's preserved and looks just like it did years ago when Poe lived in the house. I enjoyed the whole tour and thought the experience was amazing!