July 27, 2010
My 5 year old has turned into a real live Mean Girl. She has spent a good part of summer vacation getting scolded about saying rude things to people.

She has been saying things like this:
You stink.
Leave me alone with your fat behind!
You're ugly.
Your hair looks a mess.
Your breathe stinks.
You look all dirty.
Get away from me.
Ewe don't sit by me, you're nasty!
AND MORE!


She says these things to other children.
So I started saying things like this:
Hey! Watch your mouth. You don't talk to people like that!
That's rude, you need to apologize, right now.
You shouldn't say things like that to people, because it hurts their feelings. You don't want to make people feel bad do you?


Saying those things didn't seem to help. Instead, it resulted in scenarios like this:


Problem not solved. I'll need to come up with some new strategies for this one. My Grandma would've given her a tap on the mouth each time she said something rude. 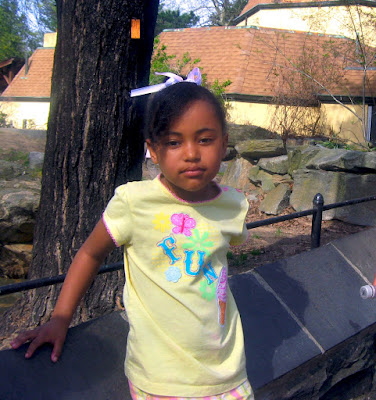