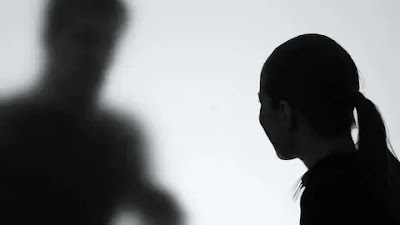 All the signs were there.  This man flipped the script so fast!  We were just in love and planning on starting our business so we could really build something.

Ex had enrolled in school and began classes.  Soon after, he started going out without me.  He was staying out really late.  At family events he sat in a corner with his face in his phone texting and smiling instead of talking with the guys.  I wasn't stupid.  I confronted him and he denied any wrong doing.  I waited up for him so many nights.  The bars closed at 2:00 am.  Sometimes he didn't make it home until 5 or 6.  He said he was at the "after hour."  I called him a liar.  I argued with him every day.  I bitched and yelled, and he wouldn't tell me the truth.  I tried talking and reasoning with him, but he wouldn't tell me the truth.  I had to find out on my own.  So I did.

After only three months of marriage Ex was cheating on me.  He was cheating on me with a girl from North Philly named A.  She was 20 and she had two sons.  She also had a profile on Black Planet, Twitter and Facebook.  After she confirmed that they were seeing each other I went on Facebook and messaged every person listed as her family member, and every person with the same last name as her. I copied and pasted the same message over and over again.  It said that she was having a sexual relationship with a man more than ten years her age who was married and jobless with eight children.  I don't know if her father, mother or grandmother cared at all, but I was satisfied with putting it out there.  Even though I felt good after sending those messages, I knew that my real anger wasn't really towards A. I never contacted her again.

I was really angry at Ex.  I wanted to kill him.

Everything unfolded the same weekend as our family's crab & seafood fest at the lake.  We argued the night before.  I barely got any sleep.  I was feeling so many different emotions.  My cousin and sister came past early to pick up the salads and some other items.  It was around 7 a.m. and this asshole Ex was just getting in.  I wasn't sure if they knew he had been out all night, or not.  I was so frustrated.  All I wanted to do was run up to my room and cry all day.  But I could not do that.  I had helped plan this event, and on top of that it was Little X's birthday and I needed to pick up the cake.  The kids were looking forward to this.  So I sucked it up, and pushed though the day trying to keep them from knowing how upset I was.

When I look back at the pictures, there is one where I'm staring at him with such malice. My sister caught me off guard and you can see the anger written all over my face.  My hair wasn't done.  I did not look like myself.  When I look back at those photos I wish I would have talked to someone.

At the end of the night, we loaded our cars up and began dropping people off.  When we got home Little X was having an allergic reaction to shell fish.  Ex and I didn't know he was allergic and we had to quickly treat him with an antihistamine.  He was soon okay and after all of that commotion, we got the kids settled down.

It had been a long day.  I was exhausted.  And now it was time to go to bed.  I didn't want to be anywhere near Ex.  I wanted to push him out the window, but I didn't.  I also didn't leave him.  It was complicated.  I think for you to truly understand, I have to take you back to the beginning...