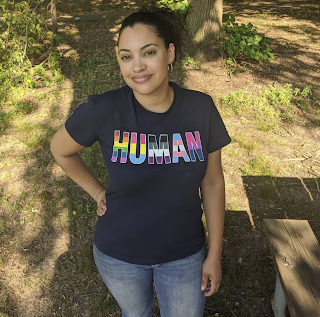 Way back in 1776 the Continental Congress voted in favor of its independence from England. Two days later on July 4th, the 13 colonies adopted the Declaration of Independence which states:

"We hold these truths to be self-evident, that all men are created equal, THAT THEY ARE ENDOWED BY THEIR CREATER WITH CERTAIN UNALIENABLE RIGHTS, THAT AMONG THESE ARE LIFE, LIBERTY AND THE PURSUIT OF HAPPINESS."

With stolen land and free labor white supremacists built the very system that we still use today. People of African decent were not considered to be American citizens. We were property. Natives were killed and forced into small areas; their kids taken and put into orphanages where they cut off their hair and abused them. White women couldn't vote, work or inherit any of their family's estate. The only people who had inalienable rights in this country were white men.

People: It is 244 years later and many Americans are still fighting for their basic God given rights!

🔸The right to drive without fear of being killed if pulled over.

🔸The right to have your family member's murderer be brought to justice even if they are law enforcement.

🔸The right to be a soldier in the U.S. ARMY and not be harrased or killed because you're a woman.

🔸The right to love and marry your soul mate no matter their gender.

🔸The right to not be judged based on your sexual preference.

🔸The right to receive the same pay and respect as the white man in the office next you.

If 2020 has shown us anything, it is that in the land of the free and the brave, Americans are suffering. We are struggling. We are hurting as we fight for the very rights that were not supposed to be taken from us in the first place.

And the pursuit of happiness.

I pray for all human rights 🙏✊🏼